Week 6 of the English Premier League has ended and it's ended with the unbeaten streak of league-leaders Manchester City coming to a halt at the hands of an in-form West Ham United outfit. Victor Moses gave the visitors a shock lead early on and they never looked back, despite City featuring star recruits Kevin De Bruyne and Raheem Sterling in the starting eleven. It's West Ham's third big away scalp of the season after knocking off both Arsenal and Liverpool on the road. Glorious times for the Hammers.

The Match of the Week saw Chelsea host Arsenal in a London derby and it became a mess of a game when tensions flared up on half-time and Arsenal were reduced to ten men with Gabriel sent off for lashing out at a pesky Diego Costa. The Gunners were always going to struggle to win with ten (which became nine late on) and I feel as though Chelsea still have a lot to prove, despite a 2-0 win over their rivals.

Swansea City and Everton played out an entertaining scoreless draw which I managed to catch a bit of on Fox Sports. Everton defender John Stones is fast becoming one of the best centre backs in the Premier League and his skill for his age is simply unbelievable. It's great to see a ball-playing defender coming through the ranks at Goodison Park.

The West Midlands derby saw West Bromwich Albion pick up a big away win at Villa Park; in fact it was the Baggies' first win at the home of their arch rivals since the 2011/12 season; that's five attempts for those keeping count at home.

Leicester City's early season form has been impressive and they came back from certain death at a hostile Britannia and stunned Stoke City by drawing 2-2. Everyone knows how tough it is to travel to Stoke and with the Potters up 2-0 inside 20 minutes, it looked certain that the visiting Foxes were going to leave with a loss. They spurred and came from behind once again to secure a very valuable point, courtesy of goals to Riyad Mahrez (PEN) and Jamie Vardy.

Sunderland's season went from bad to worse as they fell to a 2-0 loss to EPL newcomers AFC Bournemouth. It was curtains inside ten minutes as Bournemouth fired in two early goals to leave Sunderland wondering just how much lower their season could go. To the Black Cats' credit, they managed to avoid losing by more but it's becoming evermore likely that they'll be playing in the Championship next season; even though there is an entirety of time left this campaign.

Sunderland aren't the only team from the North East to be struggling at the moment. Neighbours Newcastle fell to a shock home loss to Watford. The Hornets snapped a 13-game winless streak at St James' Park and recorded their first win at the venue since 1981. So both North East sides are struggling but funnily enough, Middlesbrough are flying high in the Championship. It would be strange to see Sunderland and Newcastle go down and Boro go up.

Tottenham got the job done against Crystal Palace but by no means was it easy. Heung-Min Son was the unlikely hero as Palace fell to a second-straight 1-0 defeat, after their heartbreaking loss to City last weekend. Spurs need to prove themselves a tad better if they want to finish inside the top four.

Liverpool were held to a disappointing 1-1 draw by promoted Norwich City and surely it's done no good for the cause of manager Brandan Rodgers. A mid-week cup game against Carlisle will be a good chance for the club to fire some goals in and try and get some form together.

Last but not least, Manchester United were 3-2 winners over a game Southampton side. Star recruit Anthony Martial scored a double and was superb once again as the Red Devils picked up a crucial win at St Mary's. United will be eyeing off top spot with neighbours City facing a tough trip to White Hart Lane and the Red Devils hosting Sunderland in what should be a routine win. 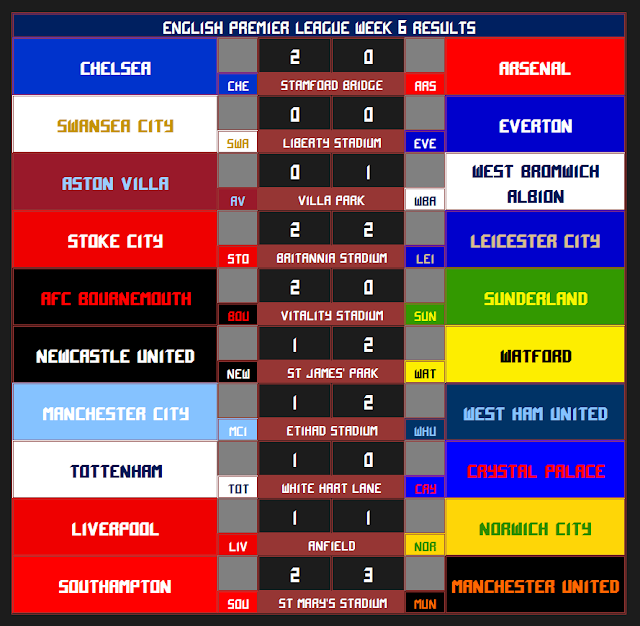 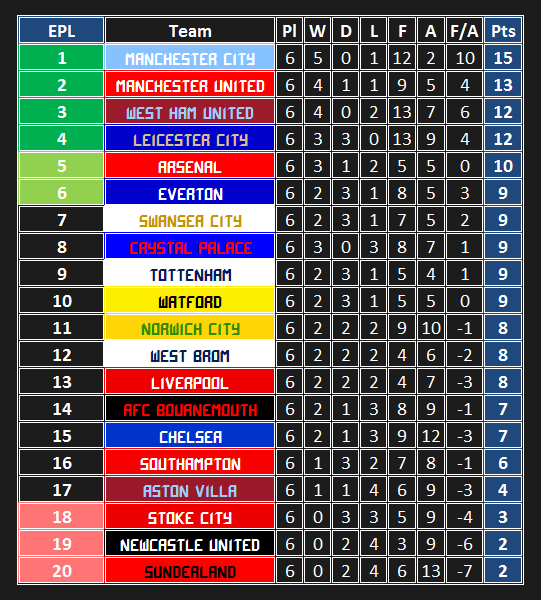 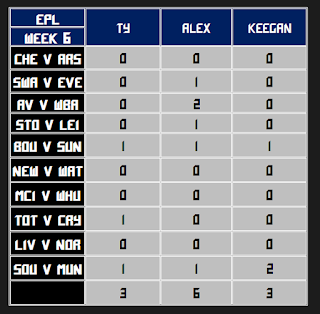