It was a really entertaining game for the neutral as Wallsend and Valentine through caution into the wind on a very cold and foggy winter's night at The Gardens. Arriving at the ground I was very impressed with the clubhouse/canteen facilities although the pitch itself left a lot to be desired. I've been told Wallsend will be working on the field in the off-season though.

I sat in the grandstand which is by far the biggest of all New-FM clubs and the set-up was nice. The PA was nice and loud, they played some music as teams came out. Little things like that I think go a long way towards making the game feel a bit more important. It's something I think most clubs should look at; at the very least a PA system is a good addition. The scoreboard on the big LED greyhound board was a nice touch as well.

Valentine scored the only goal of the game through Paul McGinley I believe and it was a deserved win for the promotion-chasing Phoenix and an important one that allows them to put one hand on the minor premiership.

I do have to make a point of it and say that Wallsend's discipline was shocking throughout the second half. Several clumsy challenges and a couple of blatant rugby league-like tackles saw them account about six or seven yellow cards throughout the match. A couple of their players were lucky not to see red and I thought their coach could very well have been given his marching orders as well.

Credit to Wallsend though as they dug deep and tried their very best to put a goal in the back of the net throughout the final moments. It's always good to see a side throw the kitchen sink at the opposition and refuse to give up. I stick to what I said earlier this season; Wallsend are a very serious football side and a quality club that are in my opinion just a few short years away from potentially returning to the top-flight in Northern NSW.

In the 23's, top of the table Valentine sealed the minor premiership in style with an emphatic 5-0 victory. It was all class from the Phoenix reserves and credit has to go to them for wrapping up the minor premiership with a few games still to play. They've been by far the best team in the Under 23's this season.

Singleton's finals hopes are still well and truly alive after they saw off the Thornton Redbacks with a 4-1 victory at Thornton Park. The Strikers now move to within three points of fourth-placed Kahibah F.C. It's going to be a big one on the weekend when Singleton host the Lake Macquarie City in what will be a hugely important game for both clubs.

In the 23's, Thornton put one foot in the finals with a comfortable 4-1 win over struggling Singleton.

Also tonight, Beresfield F.C produced yet another quality draw against a higher-placed side when they drew 1-1 with Cooks Hill United in the Zone League One catch-up game at Tarro Park.

Also tonight, Maryland-Fletcher produced a stunning result in Zone League Two, downing Medowie 5-0 at Kurraka Oval. The result keeps the Bulldogs' very slim finals hopes alive and does damage to the hopes of Medowie. A quality win by Maryland-Fletcher.

In Zone League Three, Edgeworth were put to the sword on their home turf by a Wallsend side that now move into top spot with the comfortable 6-0 win. Little fun fact for those who read this far down is that my biggest loss was a 7-1 defeat at Edgeworth last season. I know the feeling of being flogged on that ground. 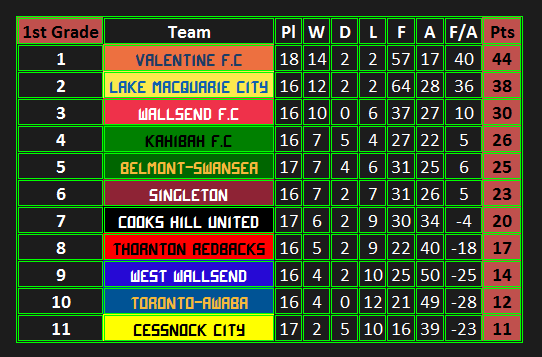 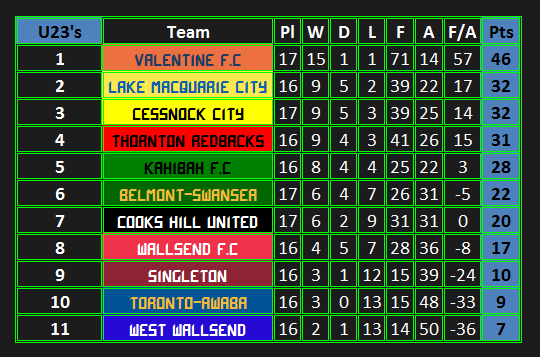 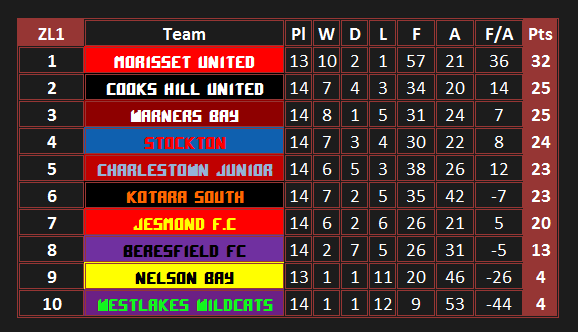 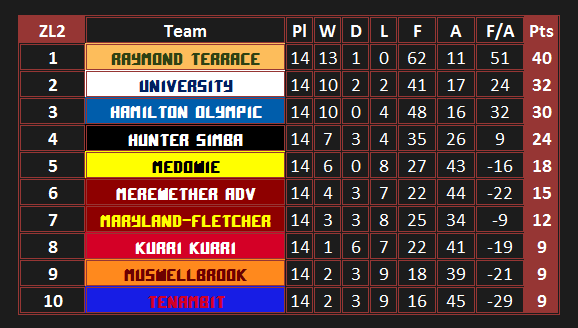 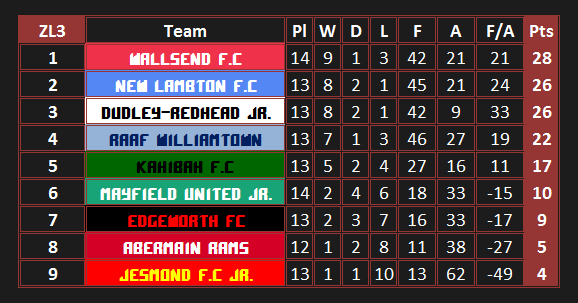 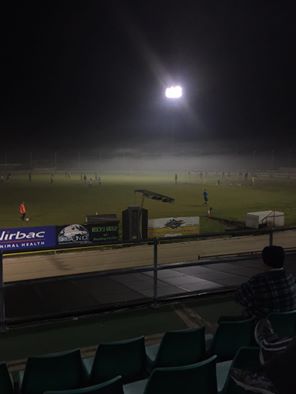