I've updated the ladders with double points for the games I've been told where played for six points. If it's wrong then take it up with Northern NSW Football. I went by their NPL Youth rulebook and believe I've made the ladders right. I still think the system needs changing. 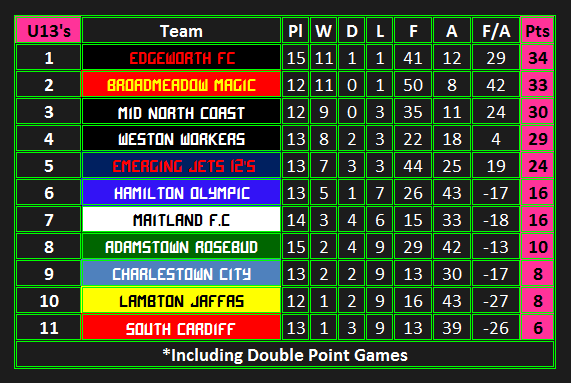 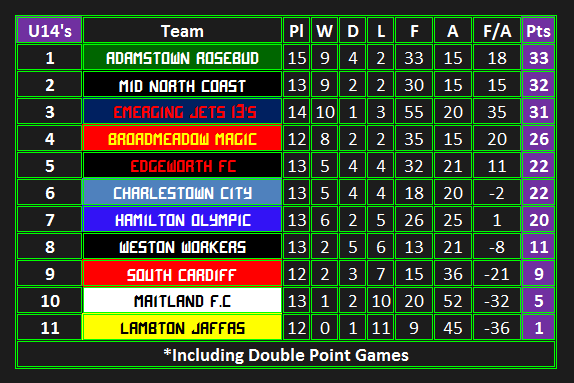 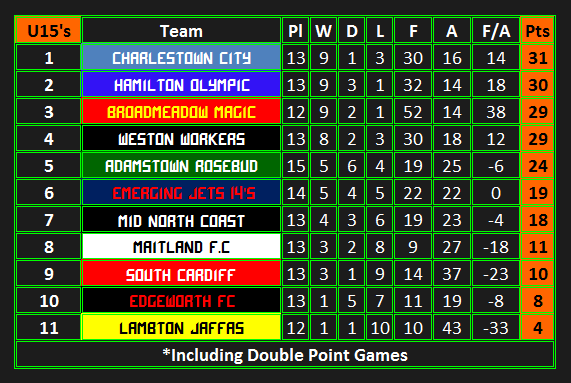 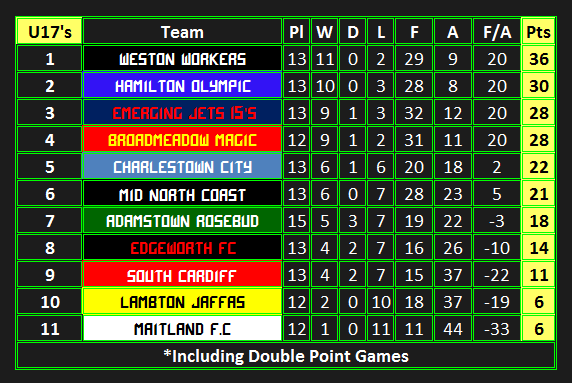