Thornton's unlucky season in the Under 17's this season continued as they went down to Singleton 3-1 at Thornton Park. The Redbacks scored late but it wasn't enough as goals from James Croucher, Jesse Mackaway, Cashlin Murray-Mell earned the away side a victory on a cold Tuesday night.

It was a reserve scoreline in the 19's as Thornton came away with a 3-1 victory. Tully Winsor was the lone goalscorer for the visitors but it wasn't enough to deny Thornton of victory. 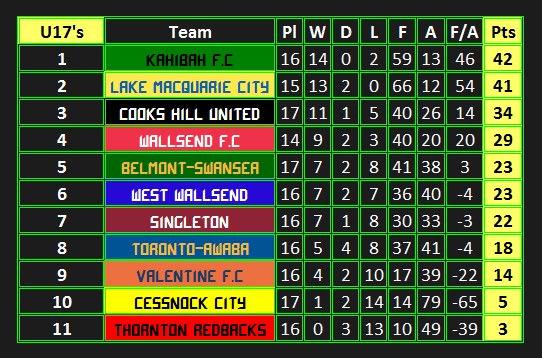 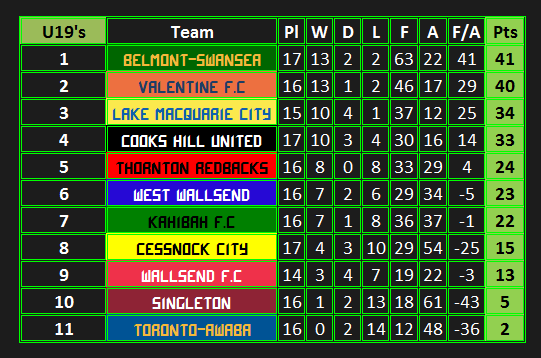