Apologies but my reviews for the New-FM from Sunday have been accidently deleted. Rather than go back and re-do them I'm just moving onto preview mid-week games and that. Sorry again.

Valentine rocketed to a fifth straight victory in the New-FM 1st division with a 5-1 defeat of Cessnock City on Saturday at Cahill Oval. The Phoenix were ruthless as they put a lower-table Cessnock side to the sword. The victory assured Valentine will remain top regardless of Wallsend's result tomorrow. For Cessnock it was a fourth-straight loss as they fall further down the table.

Whilst Valentine's 1st grade win was indeed impressive, their 5-1 victory in the 23's may have been even better as they crushed a previously unbeaten Cessnock side and moved six points ahead of their nearest rivals. With a +29 goal difference after nine games, it looks as though the Phoenix are intent on finishing top in the 23's.

Cessnock's only limelight of the day came when their mid-table Under 19's side held top of the table Valentine to a 2-2 draw. The Phoenix missed a chance to consolidate top spot and could lose it to the Belswans tomorrow whilst Cessnock will be keen to take some confidence into a big clash with Cooks Hill next weekend.

I managed to predict the scoreline in the Under 17's clash and I'm not really surprised. It was a clash between two out of form sides and Valentine got over the line. The win leaves the Phoenix 17's five points away from the top four but Cessnock's loss sees them fall closer to the foot of the table. 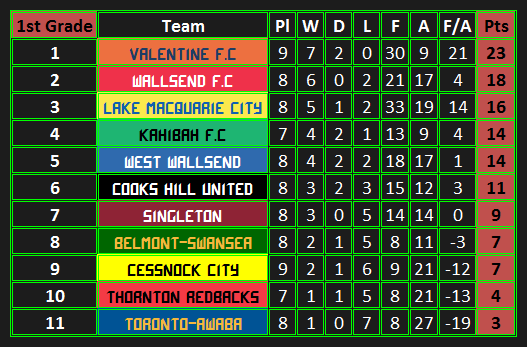 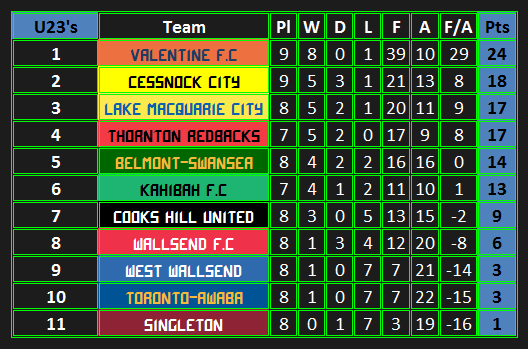 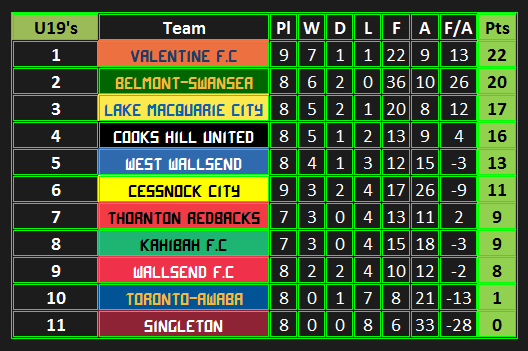 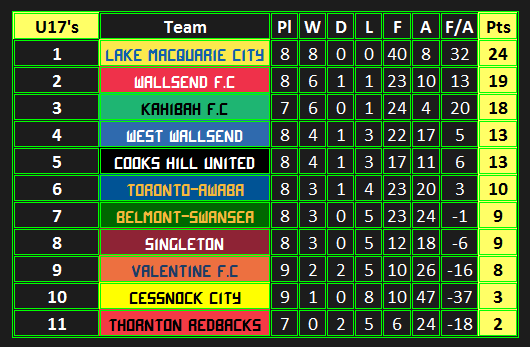