Strikers Score Upset Of The Season At Macquarie Field

Singleton Strikers have produced the upset of the season in the New-FM 1st Division after overcoming and outplaying Lakes in Saturday's clash at Macquarie Field. The Strikers took their chances and defended strongly as they recorded just their second win of the season. Perhaps a costly three points in Lakes' challenge for promotion. Good job Singleton.

In the lower grades, Singleton were outdone in the Under 23's 2 goals to 1 and stayed on the bottom of the table whilst Lakes rocketed to big wins in the Under 19's and Under 17's. I managed to predict the 6-1 scoreline in the 17's result that moved Lakes five points clear at the top of the table.

Wallsend Make It Six On The Trot At Turner Park

The Wallsend Red Devils moved four points clear in second position with a comfortable 3-0 victory over Cessnock City on Sunday. The Hornets were stung by a Red Devils side that is making the very most of their return to big time football this season.

In the other games, it was draws in the 23's and 19's as Cessnock City's 23's side kept their unbeaten run alive whilst Wallsend's Under 17's rocketed to a 7-1 victory and moved into second place.

*Correction: Wallsend won 17's 7-0, thanks to a Red Devils player for sending me the right result. Feel free to do so if I get any wrong as my sources are second-hand. 7-1 isn't much difference to 7-0 but it affects my ladders and stats so any corrections help.

The three promoted sides are performing well this season and Kahibah made it three straight wins and three straight away wins with a 2-1 result over lowly Toronto-Awaba. The Stags were gallant but couldn't move away from the foot of the New-FM league table.

Kahibah scored four from four wins at Lisle Peacock Field with a 2-1 win in the 23's taking the Greens to within four points of the top four. The 19's were too good in a 5-2 win whilst in the 17's, Kahibah jumped Cooks Hill into third place with a 5-1 victory. It's now 23 goals scored and 4 conceded for the Kahibah 17's.

The Thornton Redbacks have produced a big result, drawing 3-3 with West Wallsend and ending their losing streak in the process. The result will give Thornton some confidence ahead of a few catch-up games to make up in the next few weeks whilst it stalls West Wallsend's momentum.

In the 23's, Thornton got over the line late to keep their spot in the top four alive whilst West Wallsend got the best of the Redbacks in the Under 19's. In the 17's, Thornton picked up just their second draw as the season as they held the Bluebells to a 2-2 draw and stop West Wallsend from taking a top four spot.

I was on hand to watch Cooks Hill United pick up a gutsy 1-0 win at Blacksmiths Oval against Belmont-Swansea. The home side were outclassed in the first half but still managed to create a chance or two. Young Cooks Hill keeper Kaia Roth was on hand again for the away side, showing great confidence in windy conditions at Blacksmiths.

Belmont-Swansea made the most of the gusty breeze during the lower grades and tried to do the same in the second half as they ran towards the Southern end of Blacksmiths Oval. The Cooks Hill defence were forced to scramble a few times to keep the deadlock alive.

The away side picked up a goal and unfortunately I didn't get the goalscorer's name but it was a superb finish nonetheless. He beat two Belswans defenders and slotted home a shot from outside the box to put the visitors ahead.

Cooks Hill's attacking core was missing Peter Pryce this week which was a shame as I've enjoyed watching him play but I thought Pouria Bashardoust showed some class in his touches during the game. Belswans were pretty impressive at times too, especially through midfield.

I thought the refereeing was poor at best and affected both sides as tensions boiled over a tad. The Belswans pushed hard late but were unable to break through and went down 1-0. Not the highest quality match you'll ever see but a win that takes Cooks Hill to within two points of the top four.

The 23's match was a disappointing one for the away side as they fell to a 4-1 loss. As mentioned earlier, Belmont-Swansea made the most of their free kick chances and scored a couple from long range as the wind played havoc with Cooks Hill's defending.

I was near the away bench and the disappointment from the Cooks Hill 23's was obvious. They will have a chance to use next week's bye week as a break and come back fresh and ready to build some momentum.

I watched the second half of the Under 19's and it was probably the most entertaining match of the three. Belmont-Swansea picked up a 4-1 win but Cooks Hill didn't give up until the final whistle. It was a tough ask for me to get to Belmont at mid-day but it was worth it as it was an entertaining afternoon of football.

In the 17's, Belmont-Swansea picked up a big 2-0 win over Cooks Hill. The result puts some hopes into the Belswans season whilst Cooks Hill will be disappointed to lose just their second match of the season.

The view from my seat near the visiting bench. 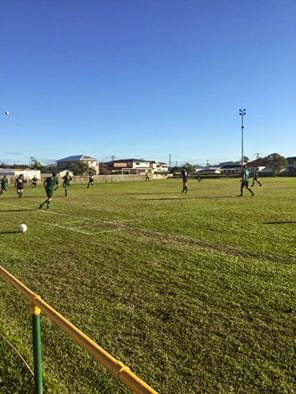 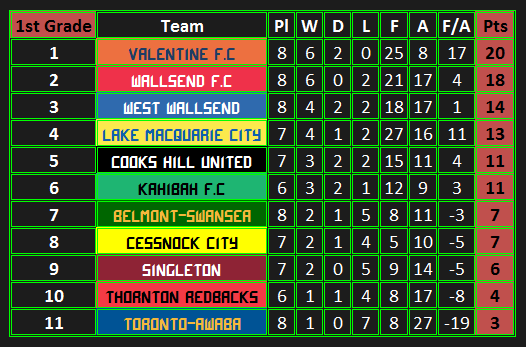 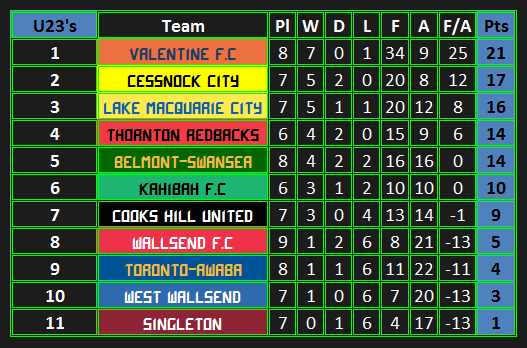 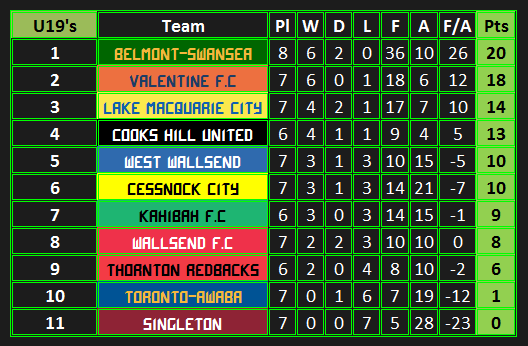 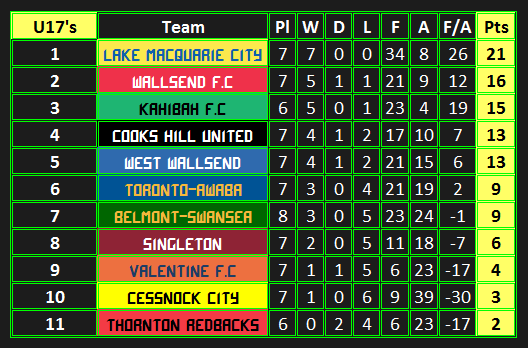