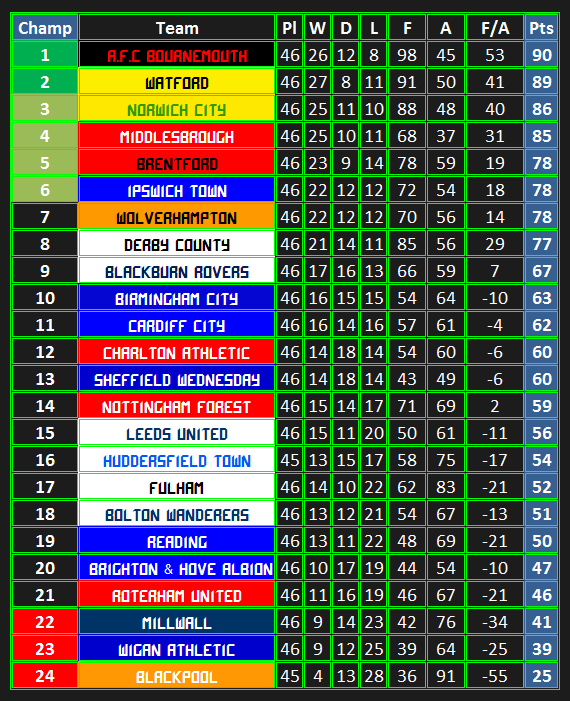 I thought I'd write a few quick words on what was an entertaining final day of action in the second tier of English football, the Football League Championship.

I grew a liking for Derby County throughout the last year or two and was sad to see their hopes of promotion come crashing down in last year's playoff final against QPR. They suffered again at the end of this season as they fell from the top of the table and failed to even make the top six and qualify for the playoffs. A good win for Reading but heartbreaking for Derby County.

Derby's result meant Ipswich Town qualified for the playoffs despite losing to Blackburn Rovers on the final day. The Tractor Boys have had a successful season and will now play local rivals Norwich in the playoffs. Talking about Norwich, they cruised to a 4-2 win against Fulham and look like the favourites to win the playoff final and head straight back into the Premier League.

Watford missed their chance to lift the league title as AFC Bournemouth secured their first trophy in decades in what was an easy win over up and down Charlton Athletic. The Premier League newcomers had already secured promotion and the fairytale was already completed but the silverware just puts the cherry on top of the cake for the Cherries.

Brentford also had a day out to remember as they secured a playoff spot with a 3-0 victory over relegated Wigan Athletic. It'll be an uphill battle to achieve it but it'd be great to see Brentford go straight up into the Premier League after just one year in the Championship. Good luck to them.

It's sad to see a big club like Wigan Athletic fall to the relegation sword. Only two years ago they were lifting the FA Cup but now times are tough at the DW Stadium. I'm sure they'll be battling for promotion back to the Championship this time next year though.

Finally it was dramatic scenes at Bloomfield Road as the Blackpool supporters stormed the ground and staged a protest mid-match against their owners, the Oyston Family. I've done a bit of reading on the situation at Blackpool and it's simply not good enough. Good on their fans for standing up for what was and should be a proud club.

I'm an avid jersey collector and picked up a Blackpool shirt on sale a week or so back. I'd love to see them get back up on their feet and come back to the Championship next season. The ownership situation needs to be sorted out though.

All in all it was a pretty good season in the English Championship. There's a lot of good young talent coming through the ranks at a few of the clubs and the competition is only getting better every season. I'm looking forward to watching the playoffs over the next couple of weeks. 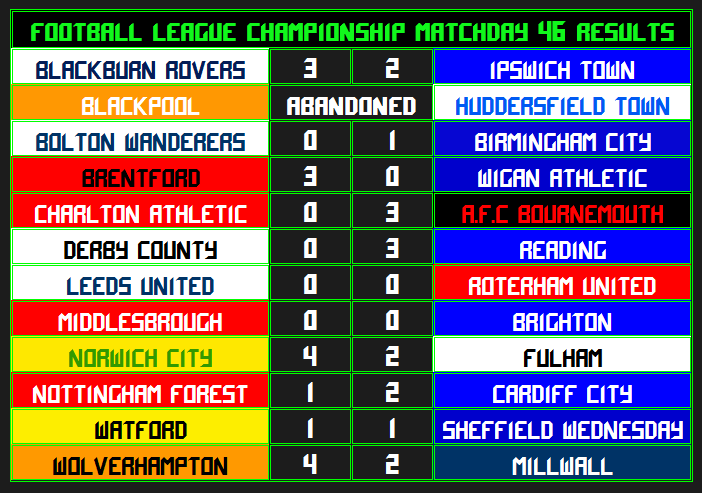