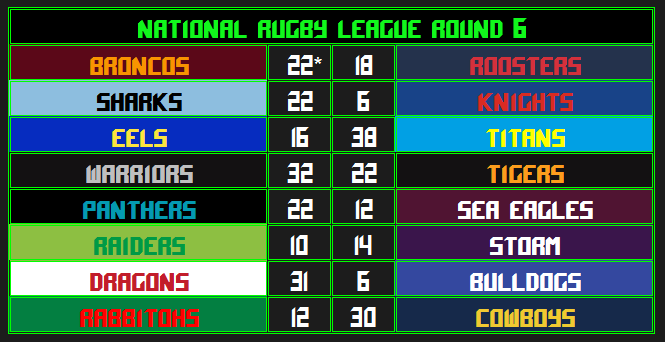 The North Queensland Cowboys recorded a third-straight victory in Monday's 30-12 win over the South Sydney Rabbitohs. The defending Premiers were blasted off the park in the second half as Johnathan Thurston guided his men to a big win away from home.

Dragons Move Into Third With 31-6 Win:

St George-Illawarra have pulled off another big win, this one a 31-6 victory over the Canterbury-Bankstown Bulldogs at ANZ Stadium. Despite the Bulldogs being depleted after the controversial Good Friday clash, no-one can underestimate how big this result was for the Dragons. They're looking like the real deal this season. They'll be in the finals with from like this.

Talking about the real deal, it looks like the Broncos are indeed that after a golden point win over the Sydney Roosters. The 22-18 win leaves the Broncos alone on the top of the NRL ladder after a quarter of the season. 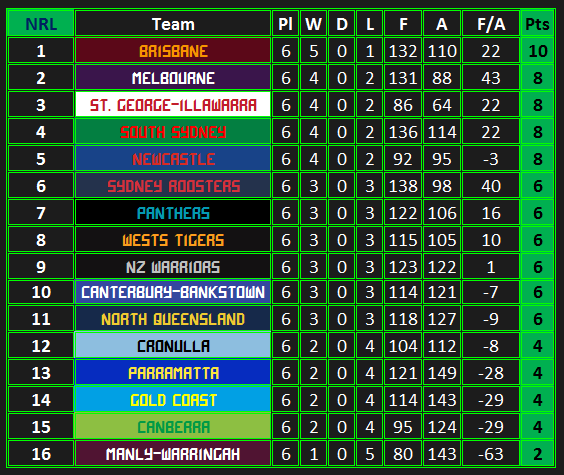