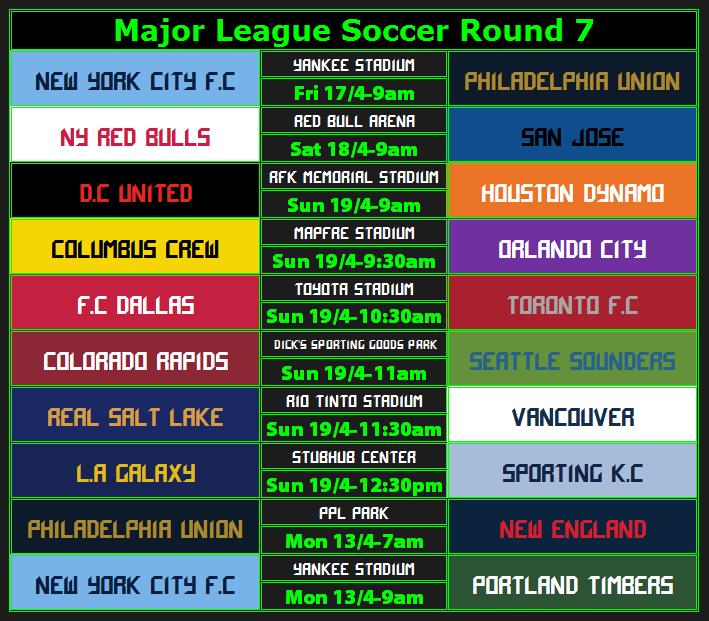 New York City FC meet Philadelphia Union for the second time in a week, this time at their home of Yankee Stadium. The Union picked up a 2-1 win at PPL Park last weekend and will be looking to record a double against their newly-found rivals from the big apple.

NYCFC need to bounce back into some form after some poor results recently and I'm tipping them to do it against Philadelphia. The Union's win last week was their first of the season and I'm not confident they can do it in front of a vocal Yankee Stadium crowd.

New York Red Bulls have started the season in good form and are without a loss after four games. Their only home match of the year so far was a 2-0 win over DC United and despite drawing against the team from the Capital in Washington last week, they are heavy favourites this weekend.

San Jose also started the season well but fell to two straight losses before bouncing back last week in a 1-0 win over the Vancouver Whitecaps. I think they'll struggle to get a win at the Red Bull Arena.

DC United are unbeaten in their last four starts and come into this game as the outright leaders in the Eastern Conference. DC have not scored a lot of goals this season but are getting the job done with impressive defensive displays.

Houston on the other hand have been struggling but a 3-0 home win over Montreal last week snapped a four game winless run. Whether they can get the win in Washington remains to be seen. Personally I'm going with no.