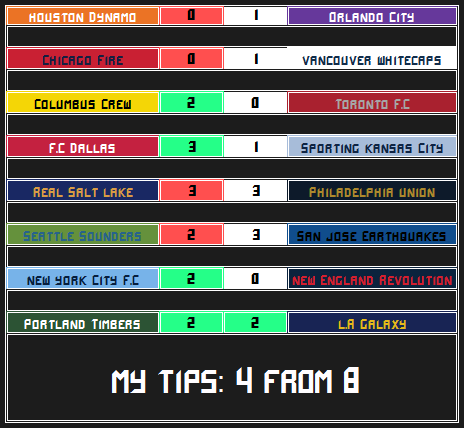 Upsets are a common thing in football and it seems the MLS is no stranger to an upset after the Quakes nabbed a shock 3-2 win over Seattle at Centurylink Field and as a result ended a 16-game winless streak. Could this be the start of a much better season for San Jose than 2014?

F.C Dallas shot to the top of the Western Conference with an impressive 3-1 win over Sporting Kansas City. Blas Perez put on a man of the match performance, scoring a brace in his side's second home win in a row. Dallas could make it three from three when they travel to Philly next Friday.